Europe: the future of Tokenization

The most prosperous ground for conducting an STO is in Europe: find out why! 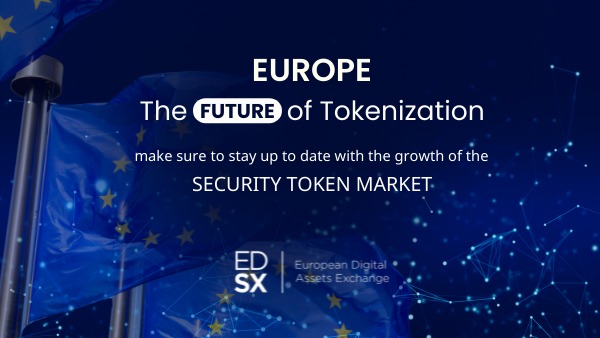 Through the overall growing market's metrics - a variety of influential organizations creating their own tokenization solutions - and the high valuations that tokenization startups get more and more often, it’s possible to witness the stage of exponential growth of the tokenization industry.

At the moment, the most prosperous ground for conducting an STO is in Europe. Indeed, the EU is a promising jurisdiction to conduct security token offerings.

The European security token market is evolving fast. Just in the course of 3 years - starting with the first reported security tokens in Europe in 2017 - the number of such assets grew a hundred times by 2020.

According to a study conducted by the Frankfurt School of Finance and Management, Plutoneo, and Tangany, the European security token market is expected to grow approximately 81% annually over the next five years, and is projected to reach €918 billion by 2026. Its market volume could surpass the cryptocurrency industry in the next five years.

Since the advent of the ICOs trend and its transformation into the STO frenzy, European and worldwide regulators have been adopting this novice kind of financial instrument into existing regulations, as well as generally trying to adapt it to the existing legislative canvas. Having started in 2020, the process later introduced financial licenses for digital asset custody to some EU member states; as a result, those countries are drafting laws that would allow assets to be represented by tokens.

In the very beginning, while the United States is still figuring out the right direction to take, European countries mostly led the trend: as a matter of fact, observation of security token offerings in Europe inspired Asian governments to take quite varied approaches to this issue as well.

Current regulations in Europe and Switzerland

A draft proposal for a regulation on crypto asset markets to encourage the use of Distributed Ledger Technology in financial services was issued in September 2020, following a European Commission consultation on crypto assets that ended in March 2020. This regulation, which will include MiCA (Markets in Crypto-Assets), will be released by 2023 at the latest and will serve as a complement to the existing MiFID II regulation of traditional financial products and activities.

Of course, the new legislation serves as one more factor accelerating the trend of decentralized finance; it is clear that the goal of establishing a unified digital asset market is praiseworthy.

Geographically speaking, Switzerland is part of the EU and must be noted as one as the leading countries in this area.

Why? Not only it’s been the first, but it’s also one of the few countries to allow shares tokenization and peer to peer exchange to legally transfer digital financial securities. Switzerland has an STO friendly Market Authority, and it’s able to grant a quick response to every request. 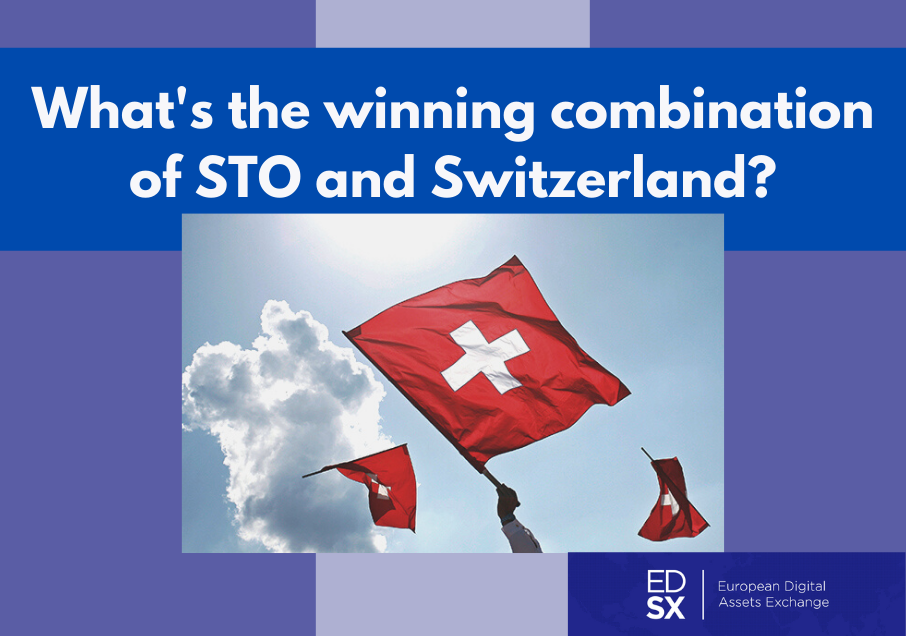 Specifically, the legislation & regulations are the following:

The prospectus and the memorandum have the same function, with the difference that the prospectus must be authorized by a market authority: a European one in Europe (for example BaFIn, Consob, AMF, BME and others) or by FINMA in Switzerland.

Please note that there is a difference between an offering and the actual amount raised. The 8mln threshold (€ or CHF) is not referred to the collected amount by the project but to the amount offered to the market.

This procedure is valid for every type of security token.

Another legal matter in ICOs and STOs, consists in the AML and KYC regulations, respectively Anti Money Laundering and Know Your Costumer: Anti-money laundering (AML) regulations are mandated by both national and international authorities around the world and place a wide variety of screening and monitoring obligations on financial institutions. Including the Know Your Customer (KYC) process – which enables firms to identify their customers and understand their financial behavior – AML and KYC are both a mandatory step in any type of substantial exchange.

...We’ve already discussed this topic in one of our previous articles; go check it out! 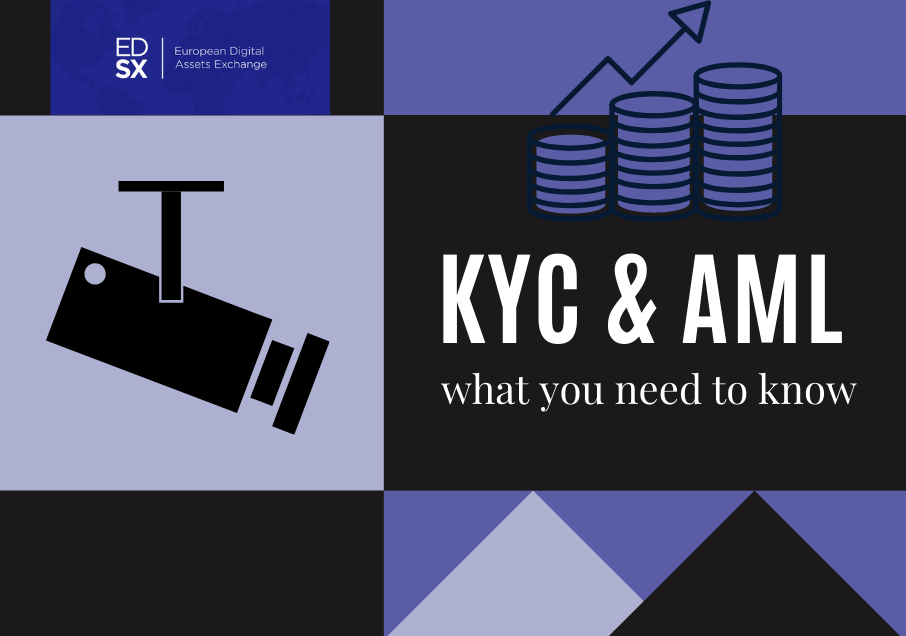 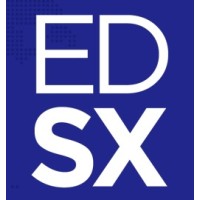 Based in Zug, the platform is fully compliant with all Swiss laws related to financial intermediaries, banking, anti-money laundering, and organized trading facilities. Among its core values, there are innovative solutions through blockchain technology, which ensures security and liquidity.

EDSX is the first platform in Europe with primary and secondary markets for both institutional and retails. EDSX is a pioneering platform that employs the world’s leading technology to globally list security tokens in both primary and secondary markets, listing digital securities of real financial instruments to the public with a decentralized peer-to-peer exchange. Our goal is to fully engage every aspect of the financial revolution.

Do you have a question for us?